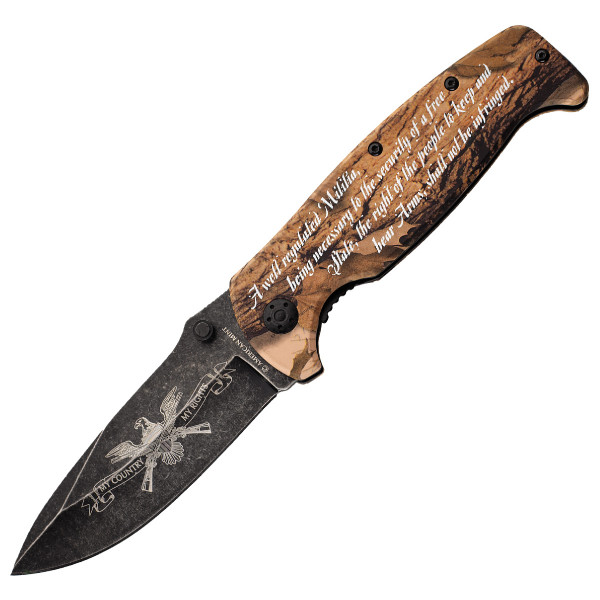 In 1787, as our Founding Fathers debated the ratification of the Constitution - the very document upon which our entire system of government would be based - they fretted over a government with toomuch authority. It became apparent that amendments would need to be added to ensure an individual's rights and freedoms.

Introduced by James Madison during the Philadelphia Convention andratified in 1791, the Bill of Rights makes up the first ten amendments of the U.S. Constitution. The Second Amendment states that ". . . a well regulated militia is necessary to protect the security of a free state, the right of the people to keep and bear arms shall not be infringed upon." For generations, this right has remained a crucial liberty to the American people, ensuring that every citizen's rights are secure and protected. Today, the right for private citizens to own guns is one of our most celebrated tenets of freedom.

Available exclusively from American Mint, thisspecial anniversary tribute is a limited-edition pocket knife celebrating the Second Amendment. Exquisitely crafted in 420 stainless steel, the entire knife has a rugged camouflage finish with the distressed look of a military-grade knife. The 3 3/4" locking blade has a thumb stub and features an etched tribute to the Right to Bear Arms. The aluminum handle has a patriotic message of freedom on the front and a convenient belt clip on the back. This 8 1/2" collector knife comes in a custom collector's box and includes a Certificate of Authenticity.