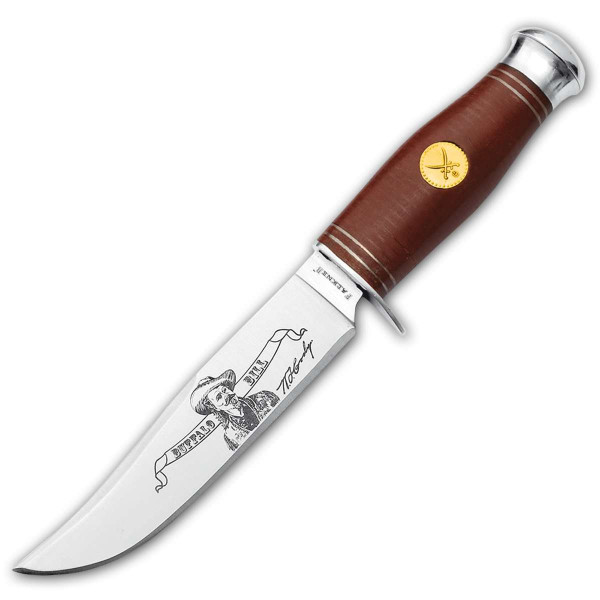 William Frederick Cody was born on February 26, 1846, in Scott County, Iowa. In 1865 Cody contracted with the Kansas Pacific Railroad to provide buffalo meat to the rail line workers. His claim ofkilling more than 4,200 buffalo in less than 18 months earned him the nickname "Buffalo Bill." In 1883 he began traveling throughout the world with his "Wild West Show," thus cementing his own legend.Buffalo Bill died on January 10, 1917 in Denver, Colorado.

In a life that was part fact and part fabricated folklore, William "Buffalo Bill" Cody came to embody the spirit of the Wild West,turning his own real-life experiences into a national myth of frontier life that still endures today. Cody had done it all: trapper, horse wrangler, prospector, Pony Express rider, wagonmaster, buffalo hunter, Army scout, and Civil War soldier. In a world hungry for all things "Wild West," Cody packaged his adventures into a traveling show that featured live animals, real Indians, some of the most famous figures from the American frontier and "real life" re-enactments. Buffalo Bill's Wild West Show was a hit throughout America and Europe, and made William "Buffalo Bill" Cody one of the most recognizable characters ever to come out of the Wild West.