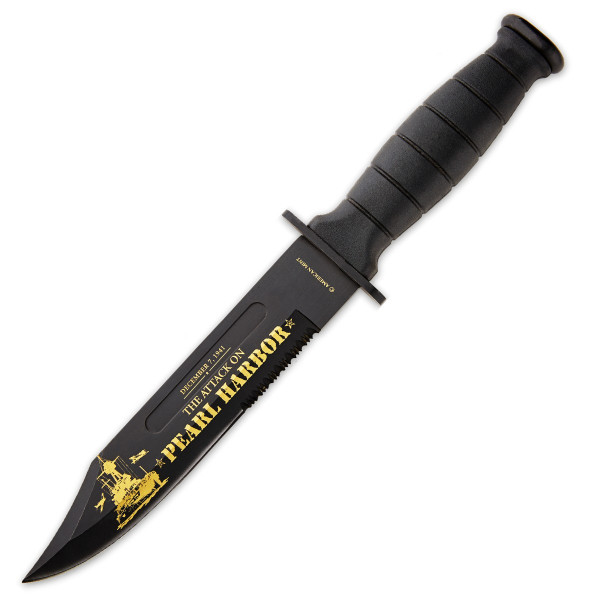 Beginning at 7:55 a.m. on December 7, 1941, Japanese forces launched a surprise attack on the U.S. naval base at Pearl Harbor, Hawaii. Lasting just under two hours, the bombing sank or damaged 21 U.S. vessels, including eight battleships, and killed or wounded more than 3500 Americans. The next day, the U.S. entered World War II, declaring war on Japan.

Available exclusively from American Mint, this limited-edition military knife is exquisitely crafted in 420 stainless steel to resemble the combat knives carried by U.S. Marines in the Pacific Theatre during World War II. A full 12" in length, the knife features a 7.125" blade with a matte black finish imprinted on both sides with a gold-tone tribute. The rugged handle is made of a tough, hardened rubber for superior grip.