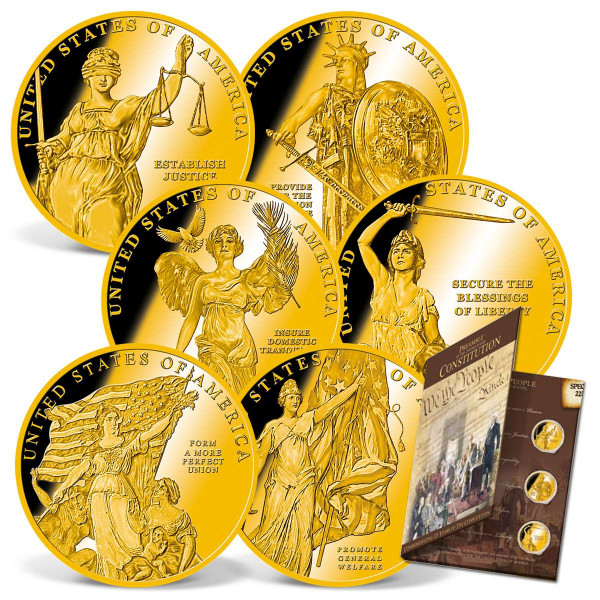 American Mint proudly presents a set of six AMERICAN MINT EXCLUSIVE coins specially minted to mark the 225th Anniversary of the U.S. Constitution. Each one of these magnificent coins is minted tothe highest quality "Proof" standard and layered in brilliant 24k gold. Available for the first time as a complete set, each coin features an exquisitely detailed Lady Liberty representing the six principles on which our nation was built. When presented together in the special edition coin folder, they celebrate the fundamental purpose of this important document as it is so eloquently stated in the Preamble to the Constitution.