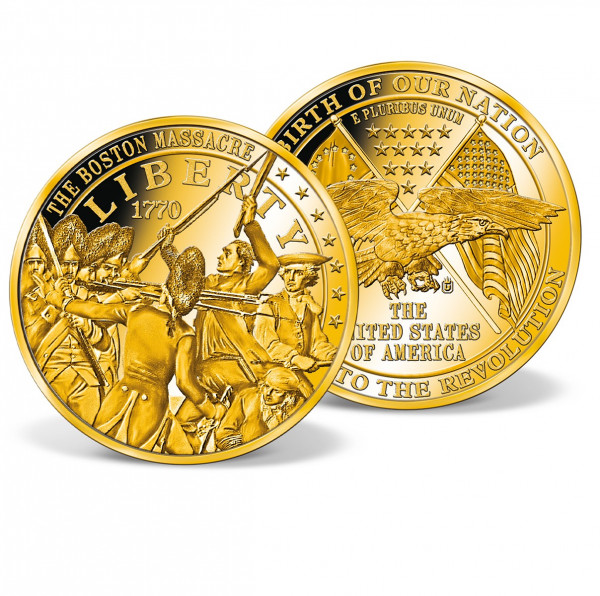 Total: $79.95
Tweet
Share
Description
Description
On March 5, 1770, an altercation between an American colonist and a British private led to an... more
Close menu
The Boston Massacre Commemorative Coin

On March 5, 1770, an altercation between an American colonist and a British private led to an angry crowd of patriots forming and surrounding several British soldiers. As the angry mob continued topress in on the soldiers, they opened fire on the citizens. The incident, which would later be known as the Boston Massacre, resulted in 5 deaths and dramatically increased colonial outrage toward King George III and British rule over America.

An American Mint Exclusive, this stunning piece pays tribute to this crucial turning point in American history that led up to the American Revolution. Minted to the highest quality "Proof" standard, the obverse of the Boston Massacre commemorative coin features a highly detailed engraving of the chaos and struggle that occurred during the fateful event. This remarkable coin is part of the Birth of Our Nation - Prelude to the Revolution collection, which highlights important moments in our nation's history that led to the fight for independence.