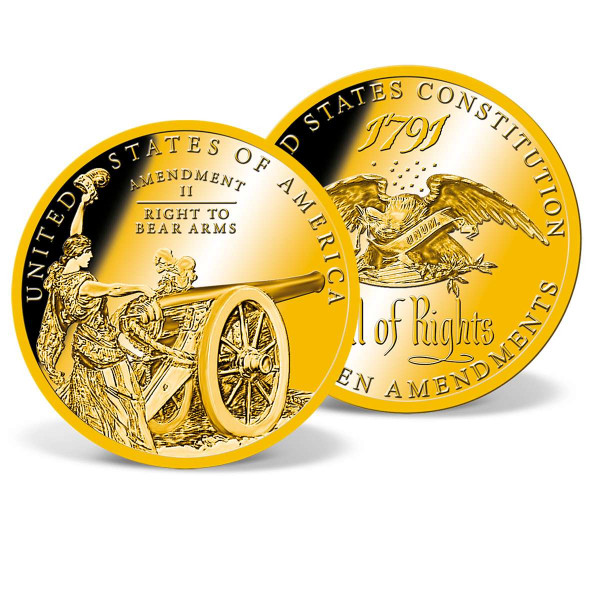 In May of 1787, fifty-five delegates from across the newly independent United States convened the Constitutional Convention to establish a central government. The U.S. Constitution was eventuallyratified by eleven states and came into force in 1789, creating three separate-but-equal branches of government with a system of checks and balances to keep things running smoothly.

The Constitution's first ten amendments, collectively known as the Bill of Rights, were included to keep the three branches of our government running smoothly, while also safeguarding the natural rights andpersonal freedoms of all United States citizens.

To celebrate the 225th Anniversary of the U.S. Constitution's ratification, American Mint proudly presents this exclusive 24k gold-layered coin honoring the Bill of Rights. Expertly engraved on the coin's obverse is an allegorical image of Miss Liberty setting off a Revolutionary War-era cannon, representing the Second Amendment. Minted to the highest quality "Proof" standard, this magnificent coin comes in its own protective capsule to preserve it for generations to come!