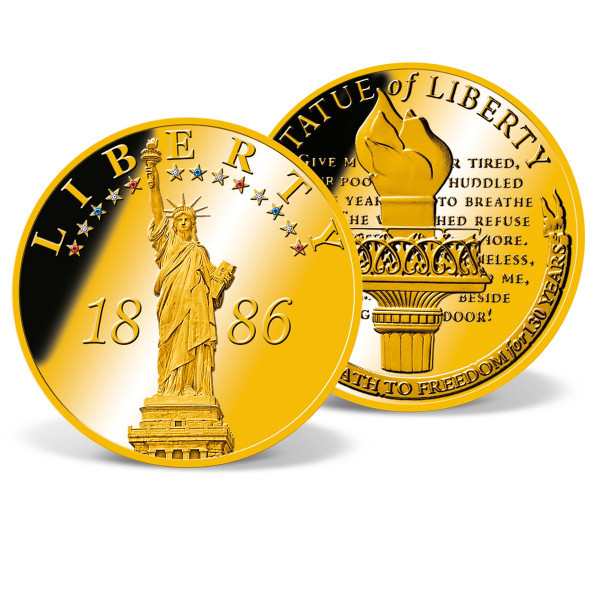 Officially entitled "Liberty Enlightening the World" the Statue of Liberty was a gift from the people of France to the United States for the centennial celebration of America's independence. Standing more than 300 feet tall and recognized around the world as the quintessential symbol of freedom and American values, Lady Liberty has welcomed countless immigrants and visitors to America since herdedication on October 28, 1886. For more than 130 years she has served as our nation's greatest ambassador, representing the American dream and holding the eternal flame of liberty high for the entire world to see.

Available exclusively from American Mint, this 24k gold-layered coin is a massive 4" in diameter. Minted to the highest quality "Proof" standard, it features a highly detailed engraving of the Lady Liberty with the year of her dedication on the obverse. To create a truly magnificent work of art, this special-edition coin is inlaid with 13 brilliant red, white, and blue Swarovski crystals.