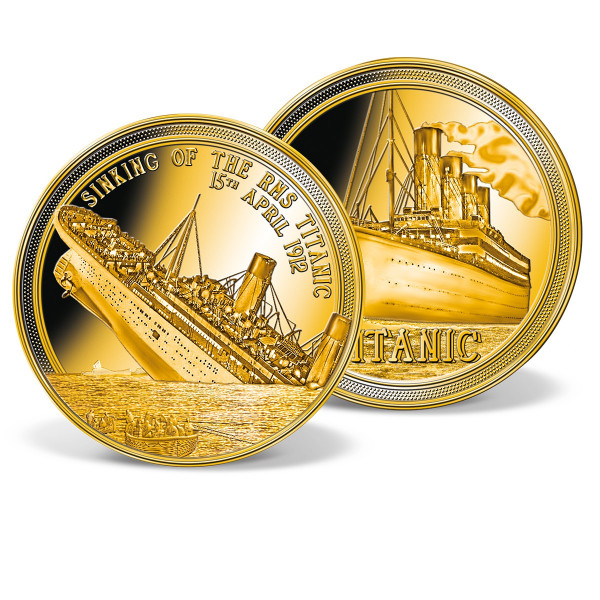 Includes a free preview of future issues in the collection Titanic. For more information, please refer to the Satisfaction Guarantee tab below. If you do not wish to preview future issues in the collection, you may purchase the single item using the 'Individual Item Only' tab at right.
Price $129.95 * $29.95
Total: $29.95
You save $100.00
Total: $129.95
Tweet
Share
Description Satisfaction Guarantee
Description
The RMS Titanic was a miracle of modern technology and, by all accounts, was considered to be... more
Close menu
Sinking of the Titanic Commemorative Gold Coin

The RMS Titanic was a miracle of modern technology and, by all accounts, was considered to be "unsinkable." On the night of April 14, 1912, while on its highly publicized maiden voyage from Englandto New York, it struck an iceberg in the middle of the frigid Northern Atlantic Ocean. With its lights still blazing and the band continuing to play, the pride of the White Star Line sank into the cold, dark abyss. In a tragic sign of the company's over-confidence, there were only enough lifeboats to accommodate fewer than half of the 2,223 passengers and crew on board. As the terrified survivorsawaited rescue, they could only watch helplessly as 1,517 men, women, and children perished in the greatest tragedy in maritime history.