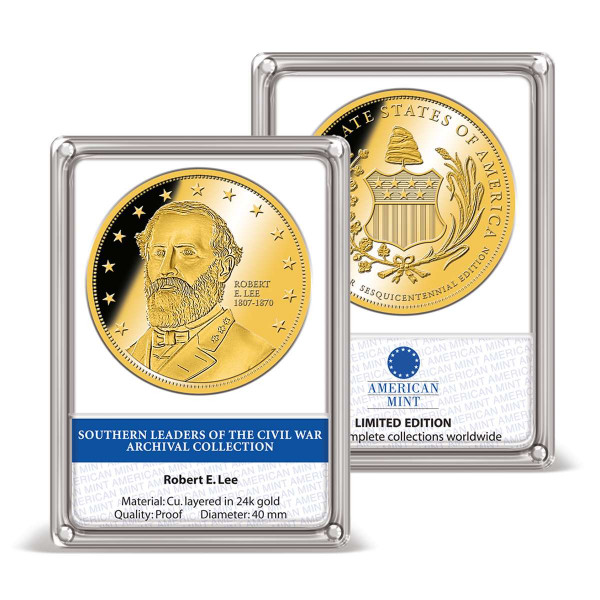 Driven by duty and guided by honor, Robert E. Lee achieved legendary status as a true hero of the Confederate South during the Civil War. His dazzling military maneuvers brought about many victories for the outmanned Confederate Army before succumbing to Union forces at Appomattox in 1865. Even in defeat, Lee served as a symbol of courage and dignity, embodying the finest elements of a true Southern gentleman.

Meticulously designed by American Mint - in conjunction with The National Civil War Museum - for the Sesquicentennial of the Civil War, this limited edition tribute to the famous Confederate general features the 24k gold-layered Robert E. Leecommemorative coin.