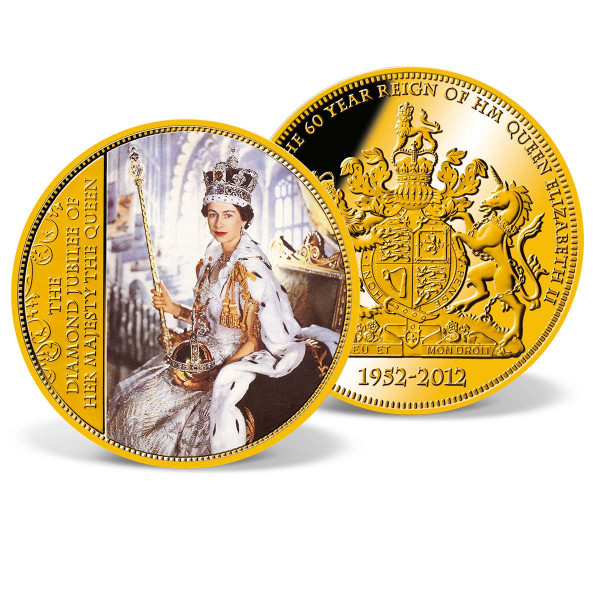 Inside the hallowed halls of Westminster Abbey, where English kings and queens have been crowned for over 900 years, Princess Elizabeth was officially crowned the Queen of England on June 2, 1953.The ceremony was a spectacle unlike any the world had ever seen. In 2012, England, her sovereign states, and all British citizens throughout the world celebrated her Diamond Anniversary with a massivejubilee. The celebration continued in 2016, when Queen Elizabeth II became the longest reigning monarch in Great Britain's history.

Specially designed and minted to mark the Diamond Jubilee of Queen Elizabeth II's coronation, this 24k goldlayered coin is a massive 2.75" in diameter. Minted to the highest quality "Proof" standard, it features a stunning full-color image from Her Majesty's Diamond Jubilee celebration. This AMERICAN MINT EXCLUSIVE coin comes in its own protective capsule to preserve it for future generations.