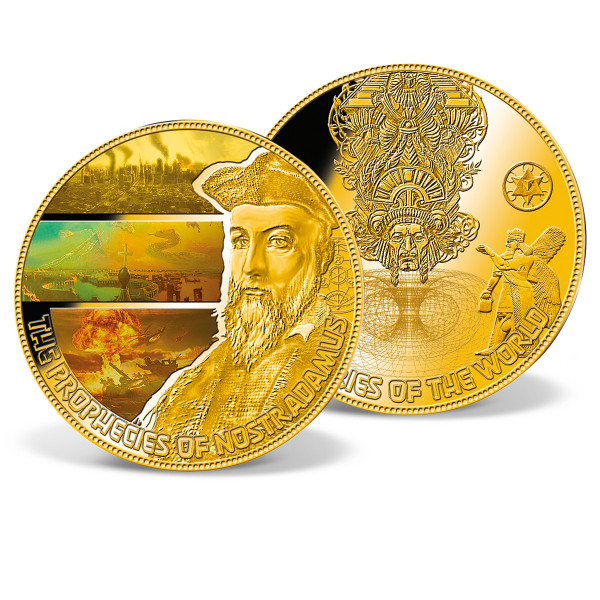 Nostradamus was born Michel de Nostradamus in Saint-Rémyde-Provence, France in 1503. He studied medicine and became a physician, treating plague victims throughout France and Italy. After the deathof his wife and children from the plague, he had what he believed was a psychic awakening. He began to practice the occult and make predictions of the future.

In 1550 he published his firstalmanac which earned him great renown throughout much of Europe for his visions. However, it was his 1955 book entitle "Les Propheties" that placed him among history's greatest prognosticators. Thispublication of over 1,000 short poems, called quatrains, predicted such disasters as plagues, earthquakes, floods, droughts, and wars. Believers have credited him with predicting world-altering eventsincluding the French Revolution, the rise of Napoleon and Hitler, the development of the atomic bomb, and the 9/11 terrorist attacks.

His detractors say the prophecies are intentionally vague, but many people today still believe his predictions have come true or will in the future.

Available exclusively from American Mint, this exquisite coin is a massive 2.75" in diameter andis layered in brilliant 24k gold. Minted to the highest quality "Proof" standard, it features a magnificently detailed portrait of Nostradamus with 3 separate images depicting some of the seer's morefamous predictions on the obverse. The pictures are printed in full color using a special process that gives them a mystical, almost ethereal, appearance.