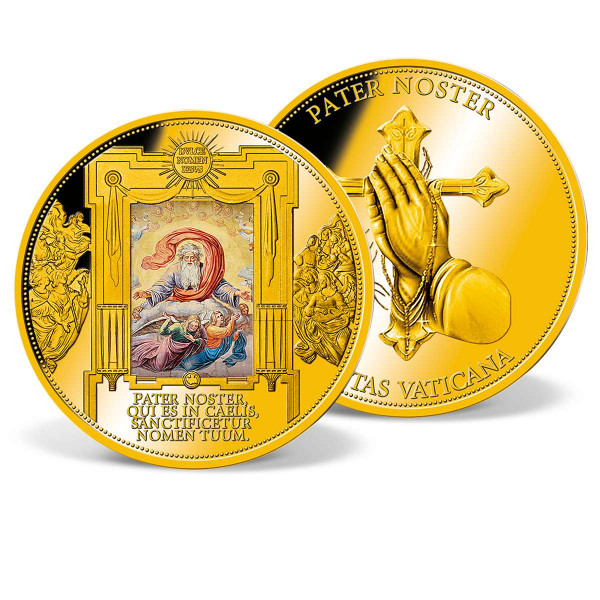 The Lord's Prayer
OUR Father, who art in heaven, hallowed be thy name.
Thy kingdom come.
Thy will be done, as in heaven and in earth.
Give us this day our daily bread,
And forgive us our trespasses, as we forgive them that trespass against us.
And lead us not into temptation, but deliver us from evil.
For thine is the kingdom, the power, and the glory, forever.
Amen.

Known as the Pater Noster, the Lord's Prayer is the only known prayer given to us by Jesus Christ himself. The prayer was delivered to Jesus' disciples during Hishistoric Sermon on the Mount, which included many of the important tenets of Christian discipleship. The Lord's Prayer has become one of the most popular and widely used prayers in all of Christianity, with billions of devout Christians reciting the passage during their common prayers.

This coin features a segment of a ceiling painting in the Collegiate Church of Hechingen (Germany) doneby Fidelis Schabet.