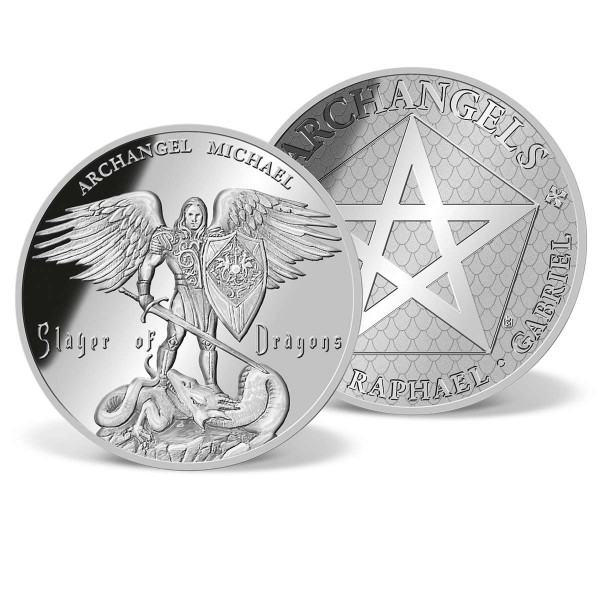 Archangels are pure beings of Divine light who personify God's grace, majesty, and love. Michael is the Prince of the Archangels and of the Angelic Hosts, the Defender of the Faith, the Angel of Deliverance, and the leader of Heaven's Army. Michael uses a warrior's strength to provide protection for Heaven and all of mankind. In the book of Revelations there was the great war in Heaven. Satan and his minions, in the guise of a vicious dragon, attacked the Heavenly hosts. God's greatest warrior, Michael, led his angels against the dragon, slayed the beast, and cast Satan and his horde into Hell.

Available exclusively from American Mint, this incredible coin is plated in .999 pure silver and pays tribute to God's greatest defender - the Archangel Michael. Minted to the highest quality "Proof" standard, it features an exquisitely detailed engraving of the Archangel Michael standing over a vanquished dragon on the obverse. This inspirational image represents Michael's gloriousvictory over evil in the battle of Heaven.