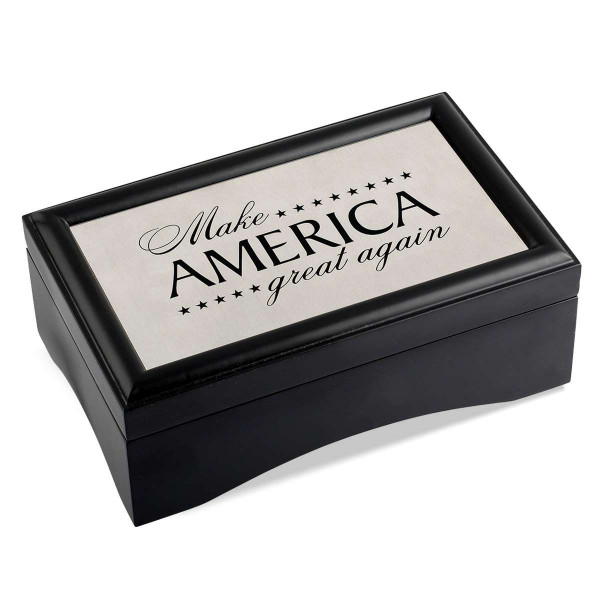 This wooden keepsake box features ahandsome black finish and an engraved metal plaque bearing Trump's popular slogan. Open the hinged lid and discover a plush, gray felt-lined interior with a removable divider that gives you the option between two small storage areas or one large compartment for your valuables. The Make America Great Again Keepsake Box is a unique place to store your cherished possessions and also makes anexcellent gift for the patriots in your life.