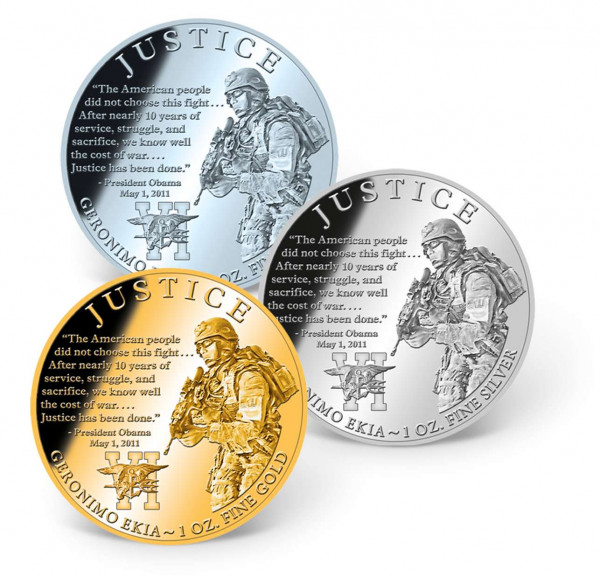 After a decade of searching for Osama bin Laden, CIA agents and Navy SEALs finally tracked him down in his Abbottabad compound. The official mission code name was "Operation Neptune Spear," with the affirmative code name for bin Laden's death "Geronimo, Enemy Killed in Action." His May 02, 2011 death finally brought justice for the nearly 3,000 American lives he took during the September 11, 2001 attacks. The 10-year search for Osama bin Laden was the most expensive manhunt in history.

Meticulously designed, each coin in this three-piece set is exquisitely layeredin a precious metal: one in 24k gold, one in .999 pure silver, and one in pure platinum! Each is minted to the highest quality "Proof" standard and the set comes in a beautiful wooden collector's box, custom-crafted to preserve and display your precious coins for generations to come.