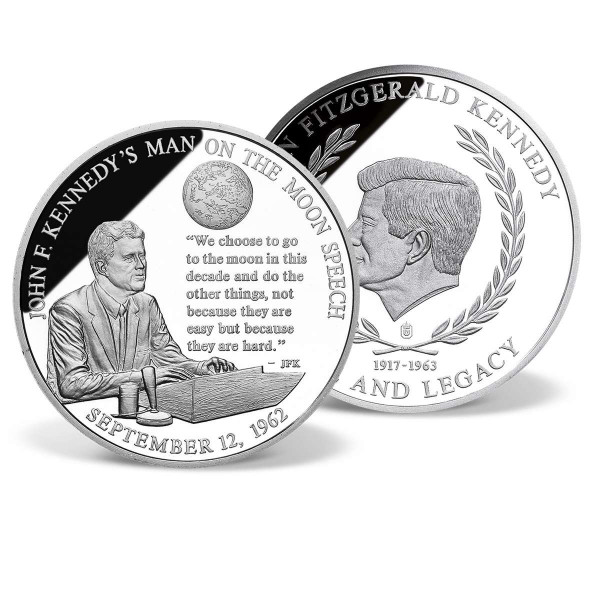 "We choose to go to the moon. We choose to go to the moon in this decade and do the other things, not because they are easy, but because they are hard, because that goal will serve to organize and measure the best of our energies and skills, because that challenge is one that we are willing to accept, one we are unwilling to postpone, and one which we intend to win, and the others, too." John F. Kennedy, September 12, 1962 -- Rice University in Houston, Texas

On September 12, 1962, President Kennedy delivered these profound words at Rice University in Houston, Texas.Kennedy was passionate in his belief that our nation should lead the space effort in order to retain a position of leadership in the world. Although he was assassinated before American successfully landed a man on the moon, he is credited with leading the push to space exploration.

Meticulously designed, this dazzling tribute to Kennedy's passion for America to lead the journey into space features a highly detailed engraving of JFK delivering his famous "Man on the Moon" speech on the obverse. Minted to the highest quality "Proof" standard, this coin comes in its own protective capsule to preserve it for generations to come a true collector's item.