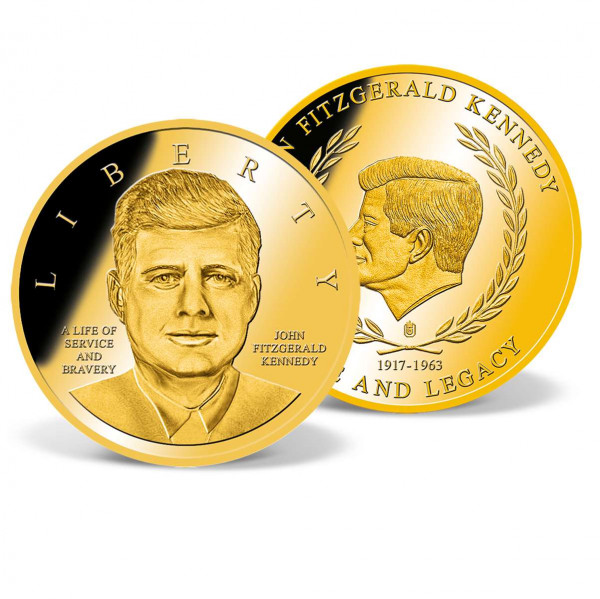 Includes a free preview of future issues in the collection Life of John F. Kennedy. For more information, please refer to the Satisfaction Guarantee tab below. If you do not wish to preview future issues in the collection, you may purchase the single item using the 'Individual Item Only' tab at right.
Price $79.95 * $9.95
Total: $9.95
You save $70.00

When John F. Kennedy was sworn in as the 35th President of the United States in 1961, America fell in love with his youthful charm, good looks, and quick wit. But it was his strong will and political savvy that led the nation through trying times. His brilliant political career was cut short by an assassin's bullet on Friday, November 22, 1963, in Dallas, Texas. It is difficult for anyone who was not a witness to those sad days to fully comprehend the sense of loss which overtook the nation. Today, more than 50 years after that tragic event, JFK remains one of the most beloved and revered men ever to hold the Office of President of the United States of America.

Available exclusively from American Mint, this 24k gold-layered coin was specially minted to mark the 100th Anniversary of John F. Kennedy's birth and features a highly detailed engraving of America's 35th President. Minted to the highest quality "Proof" standard, it comes in its own protective capsule to preserve it for future generations.