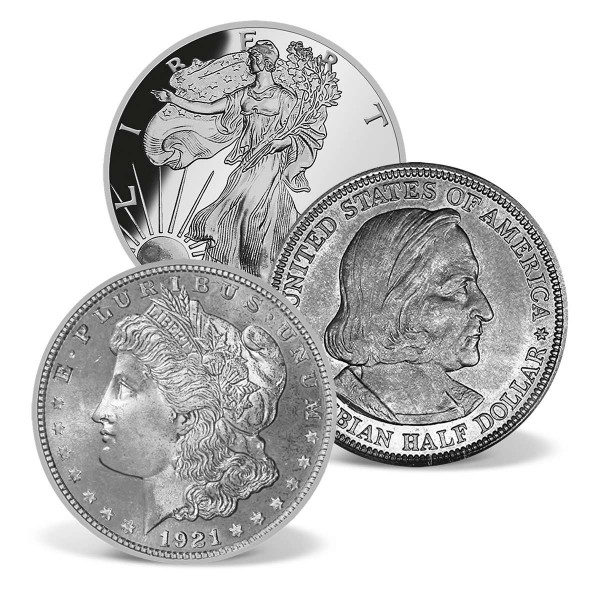 For more than two hundred years, U.S. coins have spotlighted our national heroes, paid tribute to our greatest achievements, and commemorated significant events:

The satisfaction of actually owning a piece of history makes collecting rare U.S. coins truly special. Every coin has traveled a different path through history. As a result, each one is a unique embodiment of the hopes and dreams of our founding fathers. These coins will never be reproduced. Therefore, when they disappear into private collections, it will become difficult - perhaps impossible - to acquire them at any price.

WALKING LIBERTY HALF DOLLAR Minted from 1916-1947 - 90% Silver The Walking Liberty half dollar obverse is considered the best designed silver coin in American coinage.As a result it was used as the obverse design of the modern American Silver Eagle bullion coin.

COLUMBIAN EXPOSITION COMMEMORATIVE HALF DOLLAR Minted from 1892-1893 - 90% Silver Minted as a celebration of the 400th Anniversary of Columbus' famous journey. This coin has the distinction of being the very first commemorative coin in the history of the U.S. Mint.