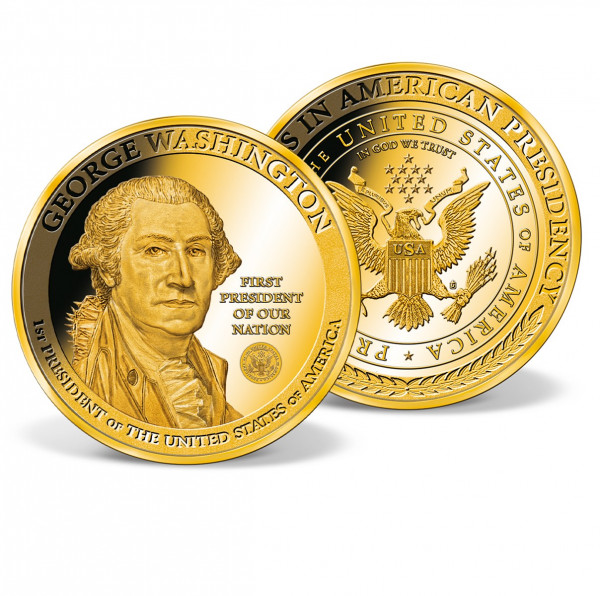 Includes a free preview of future issues in the collection Firsts in Americ. Presidency. For more information, please refer to the Satisfaction Guarantee tab below. If you do not wish to preview future issues in the collection, you may purchase the single item using the 'Individual Item Only' tab at right.
Price $129.95 * $19.95
Total: $19.95
You save $110.00
Total: $129.95
Tweet
Share
Description Satisfaction Guarantee
Description
When the fire of revolution ignited in the colonies, George Washington was chosen as... more
Close menu
Gigantic George Washington Commemorative Coin

Available exclusively from American Mint, this incredible 70 mm coin is layered in stunning 24k gold and features an exquisitely detailed portrait of our nation's first President.