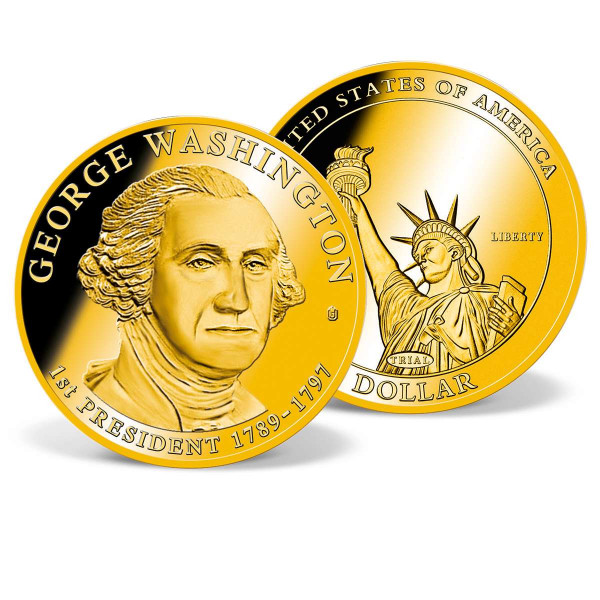 When the fire of revolution ignited in the colonies, George Washington was chosen as Commander-in-Chief of the colonial forces during the American Revolution. History tells of his strength and leadership as beleaguered Colonial troops battled against the mighty British armies. Where others might have given up, Washington fought on. After accepting the British surrender that ended the Revolutionary War, Washington thought he had done enough. He desperately wanted to go home and live a quiet life, but Americans would accept no one else to lead them. George Washington was unanimously elected as the first President of the United States of America. Called "The Father of Our Country," Washington led the nation with honor, pride, and dignity. His profound achievements and devoted service laidthe very foundation of this powerful nation.

Minted to the highest quality "Proof" standard in solid 14k gold, it is our interpretation of the Washington Presidential Dollar and is availableexclusively from American Mint.