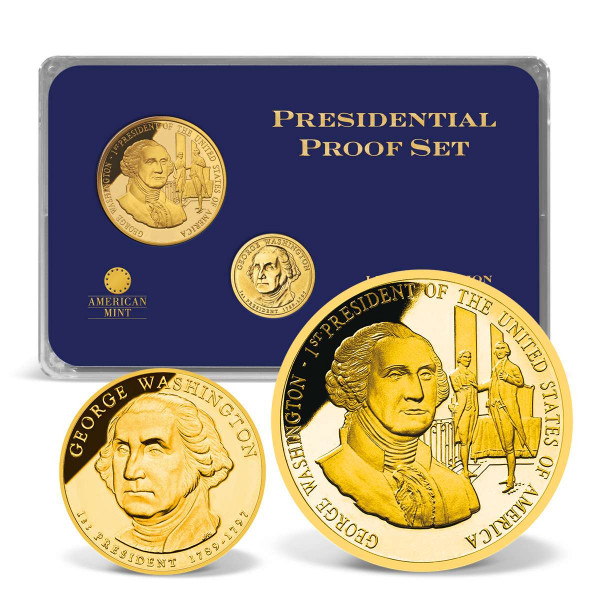 To honor the lives and legacies of the men who have served our country as President, Congress passed the Presidential $1 Coin Act of 2005. This act commissions the U.S. Mint to create a series of coins featuring the Presidents in the order that they served. These coins will be released into circulation beginning with Washington, Adams, Jefferson and Madison, and will only be minted for one year. The Mint will release the next four coins in the series on Presidents Day each year. Capitalizing on the success of the State Quarter Series, Congress hopes to revitalize circulated U.S. coins as anobject of beauty and collectable value. Based on the official presidential portraits, the Presidential $1 coins feature large, dramatic artwork in a glistening golden hue. Their most unique feature is the incused, or stamped in, edge inscriptions: "E Pluribus Unum," the year of minting, and "In God We Trust." The reverse of the coins features a striking rendition of the Statue of Liberty.