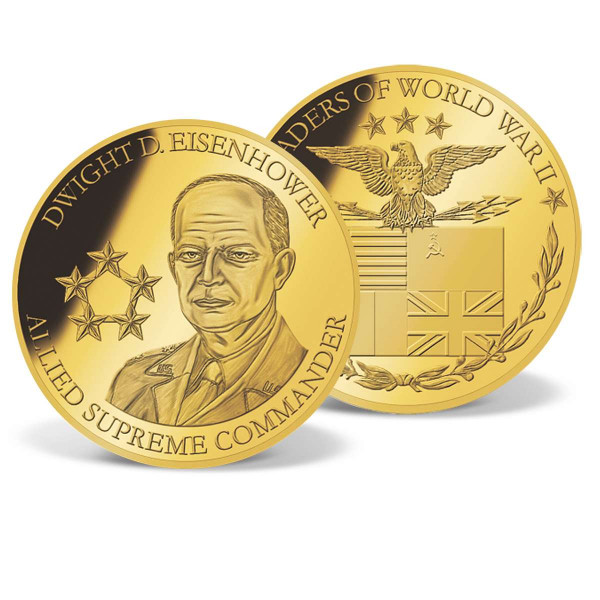 Seven days after the bombing of Pearl Harbor during World War II, a little-known Brigadier General by the name of Dwight D. Eisenhower was called to Washington as a strategic planner. Five years later, Eisenhower was named Supreme Commander of the Allied Forces. He played an integral role in the successful Allied invasion of Europe and the subsequent defeat of Nazi Germany.

His brilliance as a strategist and diplomat eventually led Ike to his most significant accomplishment: becoming the 34th president of the United States. Eisenhower applied his finely honed military leadership skills to his role as commander in chief. As president-elect, he traveled to the Korean Peninsula in December 1952 to assess the status of the war between North and South Korea  and the role of American troops in the conflict.

Upon taking the oath of office, Ike pursued a strategy of diplomacy and military might that led to the signing of an armistice on July 27, 1953  an agreement thatstands to this day.

You'll Appreciate the Exceptional Quality of the Dwight Eisenhower Coin Our gold-layered Dwight Eisenhower coin is a proof-quality masterpiece that exemplifies our commitment to craftsmanship and attention to detail. The piece comes with a Certificate of Authenticity that validates its size and materials and offers a host of intriguing facts about the item. We've limited the minting to 9,999 complete collections  be sure to get yours while the supply lasts!

Purchase Your Dwight Eisenhower Coin Online and Save! We're offering this unique piece for sale at a deeply discounted online price  it's American Mint's way of making collecting affordable for everyone. If youadd more items to your order, you may qualify for free shipping and handling, which applies to all purchases of at least $150. You can also elect to pay in interest-free installments if you spend morethan $100.

Place Your Order Today Don't miss out on the opportunity to own the beautiful General Dwight D. Eisenhower Commemorative Coin from American Mint  order yours rightnow! If you have questions or need assistance, feel free to give us a call at 1-877-807-MINT from 8 a.m. to 8 p.m. EST Monday through Friday. And be sure to check out our complete collections of presidential commemorative coins and other fascinating collectibles.