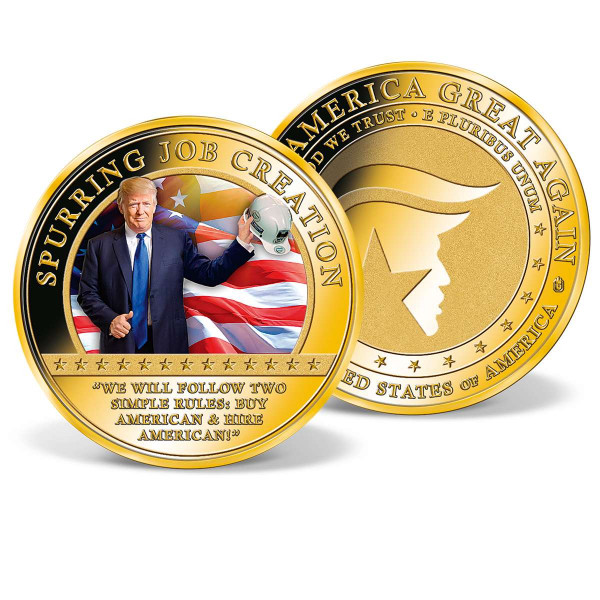 When Donald J. Trump won the Presidential election it was considered one of the greatest upsets in the history of American politics, but it wasn't a surprise to the millions of frustrated Americanswho voted for the charismatic billionaire. Just as he promised during his historic campaign, he has shaken off the naysayers and taken the bold steps needed to improve the economy, secure our borders, and - perhaps most important of all - bring jobs back to America. President Trump stands firmly in his belief that the U.S. is the greatest nation in the world and that when its people work toward acommon goal, they will restore America's standing as the beacon of freedom, strength, and prosperity.

Since taking office, President Trump has introduced groundbreaking legislation and generous tax cuts for the middle class, dismantling the broken systems of the Washington establishment and once again putting the United States on top. By implementing an "America First" policy, Trump ismaking sure that America returns to its position as the strongest, most respected nation in the world.

Available exclusively from American Mint, this 24k gold-layered coin is our official tribute to President Trump and his mission to "Make America Great Again." This patriotic coin features a full-color image of President Donald Trump with his quote, "We will follow two simple rules: buy American & hire American" on the obverse. Minted to the highest quality "Proof" standard, it comes in its own protective capsule to preserve it for generations to come.