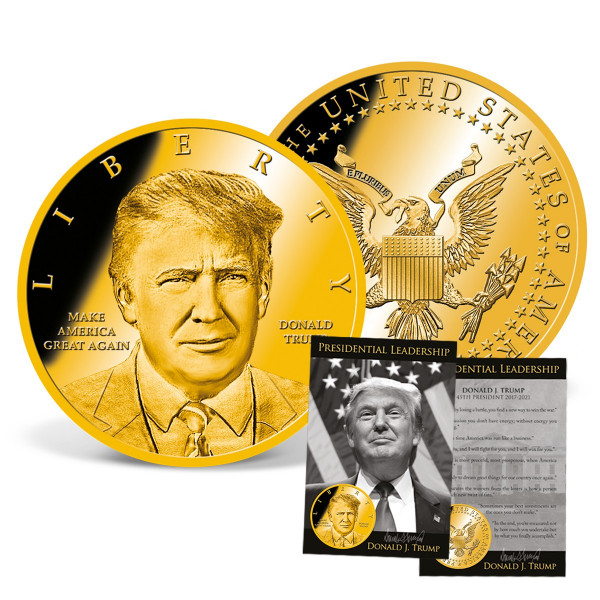 On November 8, 2016, America elected the charismatic billionaire businessman Donald Trump as its 45th President. Riding a wave of revolution among the American electorate, his fire-brand style, nononsense approach, and promise to "Make America Great Again" resounded with a population tired of politics as usual.

Donald J. Trump was born in Queens, New York, in 1946. The son of a successful real estate magnate, Trump used his innate business sense and leadership skills to become one of America's best-known business and television personalities with interests that include real estate, gaming, sports, and entertainment. He is a charismatic leader with the ability to envision the future and support his employees while instilling confidence in them.

On June 16, 2015, he announced his candidacy for President of the United States. Considered by most experts to be a long shot, he energized the masses and won the Republican nomination by what can only be called a landslide. Drawing attention to domestic issues such as illegal immigration, the outsourcing of American jobs, the national debt, and Islamic terrorism, his in-your-face approach to important issues endearedhim to a voting public that had become increasingly frustrated with the American political machine and elected him President.

President Trump officially began his mission to "Make America Great Again" on January 20, 2017, when he was sworn in as the 45th President of the United States.