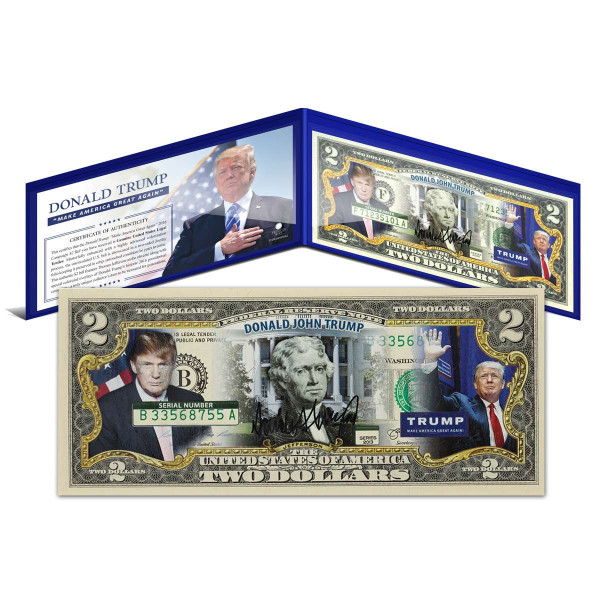 When Donald J. Trump won the Presidential election it was considered one of the greatest upsets in the history of American politics, but it wasn't a surprise to the millions of frustrated Americanswho voted for the charismatic billionaire. In his first year and a half in office, he has shaken off the naysayers and taken the bold steps needed to improve the economy, secure our borders, and bring jobs back to America - just as he had promised during his historic campaign. He stands firmly in his belief that the U.S. is the greatest nation in the world and when its people work toward a commongoal, they will "Make America Great Again," restoring its standing as a beacon of freedom, strength, and prosperity.

The Donald Trump "Make America Great Again" Commemorative $2 Bill is a genuine legal tender banknote that celebrates the 45th President of the United States. Available exclusively from American Mint, this crisp new $2 bill is expertly printed with a special process that creates a brilliant full-color tribute to President Trump. Complete with a reproduction of his now-famous signature it is presented in a custom folio.