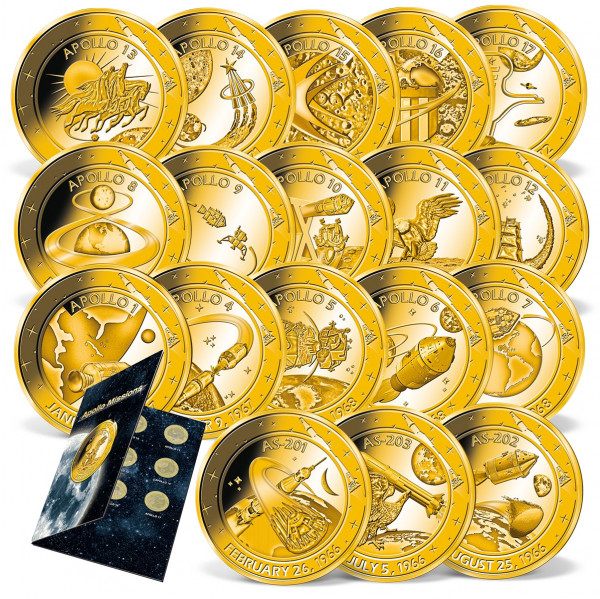 In 1961, President John F. Kennedy challenged the nation to land astronauts on the moon and return them safely to Earth . . . and to do it by the end of the decade.

To meet this challenge, the National Aeronautics and Space Administration (NASA) - which had been established only 3 years earlier to encourage peaceful application of space science - created the Apollo Program. Under incredible pressure to win the space race, the Apollo Program was one of the most successful endeavors in American history.

In 1968, the Apollo 8 mission was the first time humans had venturedbeyond Earth's orbit. The 6-day flight circled the moon 10 times before returning the 3-man crew to Earth. Then in 1969, Apollo 11 launched into history when American astronaut Neil Armstrong became the first person to step foot on the moon. The final lunar mission was Apollo 17, which launched on December 7, 1972, landed on the moon 4 days later, and splashed down on Earth on the 19th. All together there were 6 Apollo missions that landed on the moon. The astronauts returned to Earth with a wealth of scientific data and nearly a half ton of lunar samples.

Available exclusively fromAmerican Mint, these exquisite coins were meticulously designed for the 50th Anniversary of mankind's journeys to the moon. Each coin is a layered entirely in 24k gold. Minted to the highest quality "Proof" standard, the coins feature highly detailed engravings of one of the Apollo mission emblems and the date of each mission. These limited-edition works of art are encased in individual protectivecapsules to preserve their 24k gold-layered finish for future generations.

This stunning collection comes in a custom-designed collector's album to securely hold and beautifully display your complete Apollo Missions Set. This magnificent fullcolor album has foam sides with precisely cut slots to hold all 18 coins in their clear protective shells. This AMERICAN MINT EXCLUSIVE album alsohas a very special feature: With the push of a button found inside, you'll hearan audio recording of 4 famous sound bites including the actual moment when Neil Armstrong became the first human to setfoot on the moon.