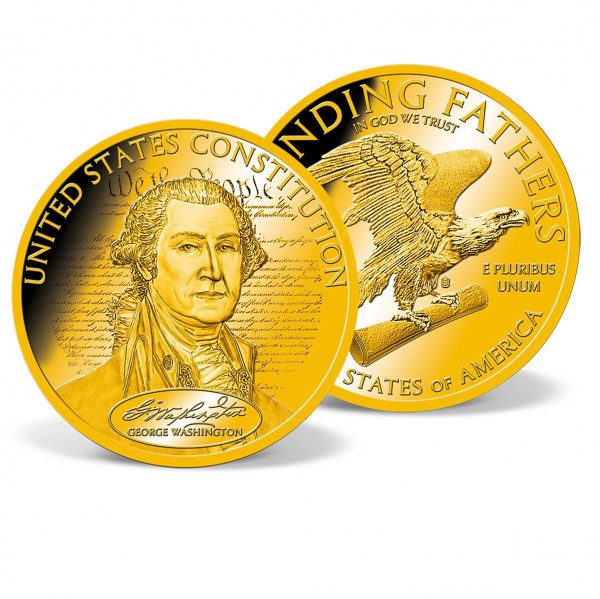 George Washington was unanimouslyelected as the first President of the United States of America. Called "The Father of Our Country," Washington led the nation with honor, pride, and dignity. His profound achievements and devoted service laid the very foundation of this powerful nation.

Available exclusively from American Mint, this incredible coin features an exquisitely detailed portrait of our nation's first President with the U.S. Constitution expertly engraved in the background of the obverse.