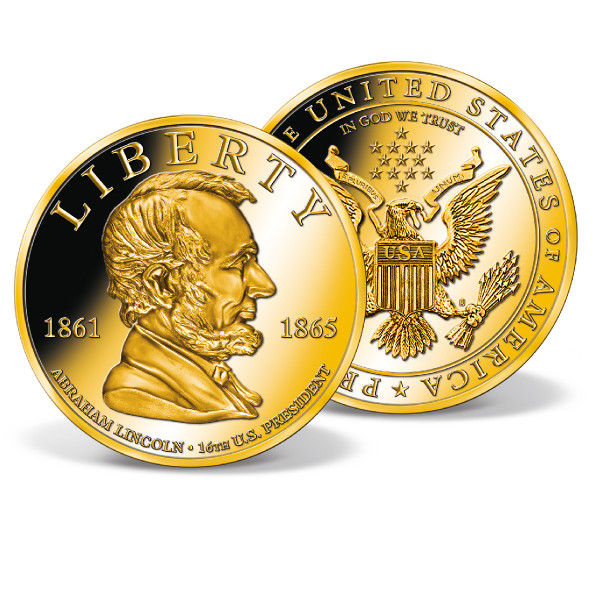 Includes a free preview of future issues in the collection American Presid. High-Relief. For more information, please refer to the Satisfaction Guarantee tab below. If you do not wish to preview future issues in the collection, you may purchase the single item using the 'Individual Item Only' tab at right.
Price $99.95 * $19.95
Total: $19.95
You save $80.00
Total: $99.95
Tweet
Share
Description Satisfaction Guarantee
Description
Abraham Lincoln was the 16th President of the United States and elected to office in November of... more
Close menu
Abraham Lincoln High-Relief Commemorative Coin

The Abraham Lincoln High-Relief Coin by American Mint The Abraham Lincoln High-Relief coin is a limited-run collector's item, and only 9,999 will ever be produced. These coins are luxuriously layered in 24k gold and feature a highly detailed portrait of President Lincoln struck in glorious high-relief. Minted to the highest quality "Proof" standard, this unique commemorative coin is a fitting tribute to Lincoln's historic Presidency and his status as one of our nation's greatest leaders.

Place your order quickly and securely today! If you have questions or need assistance, feel free to give us a call at 1-877-807-MINT Monday through Friday, 8 a.m. to 8p.m. EST. Our friendly customer service team will be happy to help.