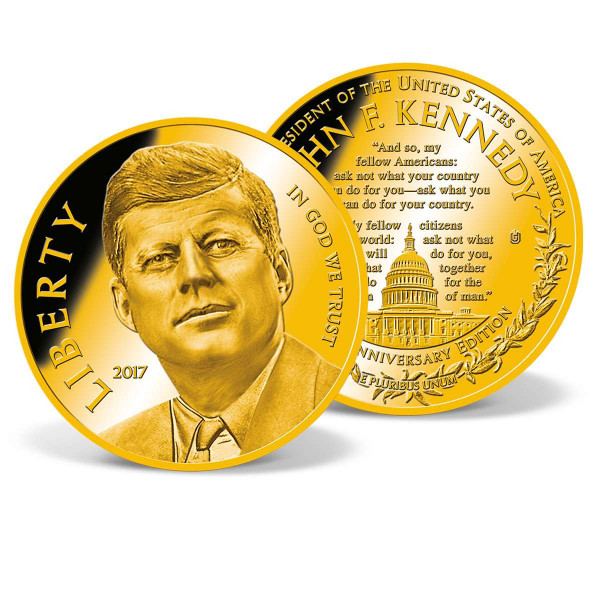 Born in 1917, John F. Kennedy was a war hero, a congressman, and a Pulitzer Prize-winning author before being elected the 35th President. In 1961, during his inaugural address, JFK evoked the trueAmerican spirit when he said "ask not what your country can do for you - ask what you can do for your country. " Americans proudly embraced the vigor and vision of their young President. Good looks and a natural charisma may have made him popular, but it was his leadership and strength that made him one of the greatest Presidents in our nation's history. His assassination on November 22, 1963, in Dallas, Texas, devastated the nation.

Available exclusively from American Mint, this brand new 2017 coin is specially minted to mark the 100th Anniversary of JFK's birth. Minted to the highest quality "Proof" standard, Kennedy's portrait stands out in stunning detail with the coin's 2017 release date on the obverse. The reverse features a special 100th Anniversary Edition tributeto the beloved President with the famous quote from his 1961 inaugural address. This limited-edition masterpiece is layered in 24k gold and comes in a protective shell to protect it for future generations.