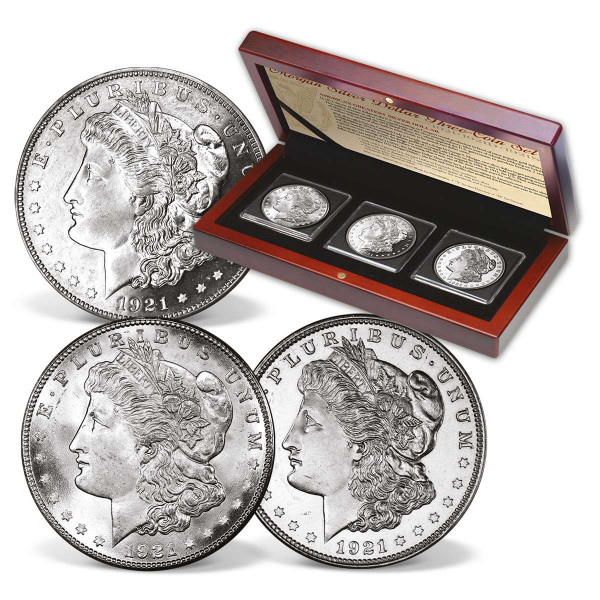 In 1878, Congress bowed to the political pressure from the silver mining industry and agreed to purchase between $2 and $4 million worth of American-mined silver every month for coinage. The MorganSilver Dollar was created as a result of this controversial legislation.

Designed by George T. Morgan, this beautiful coin contained a hefty 0.77344 ounces of 90% pure silver that was extracted from the Comstock Lode in Nevada. Not only is the Morgan Silver Dollar a remarkable work of art, it is also a coin of great historical significance. It was part of the very spirit of America, from the taming of the Wild West to the Industrial Revolution and the phenomenal growth of the early 20th century. In February 1921, 17 years after what was thought to be the final minting of the Morgan, new dies were cast and the beloved silver dollar - the coin that helped win the West - made one last stand. U.S. Mint facilities in Philadelphia, San Francisco, and Denver put the Morgan back in production for a special one-year mintage - creating one of the most desirable years in this storied coin's existence.

Now you can own a limited-edition mint set of one of the most sought-aftersilver coins ever produced by the U.S. Treasury. The contains 3 genuine 1921 Morgan Dollars - one from each mint facility that produced the numismatic rarity during the special one-year minting.