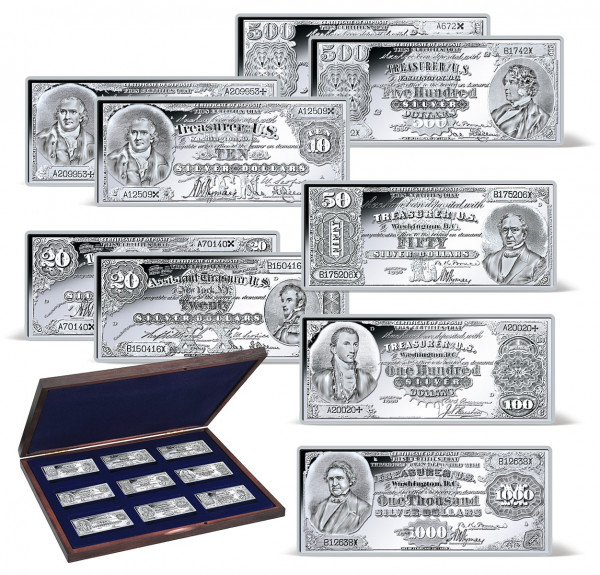 Silver certificates were beautiful pieces of paper currency which could be exchanged for an equivalent amount of silver dollar coins. First issued by the U.S. Treasury in 1878, silver certificateswere large, magnificently detailed works of art that usually featured a prominent American figure on the obverse.

Today, precious few original specimens of the initial 1878 and 1880 series still exist. They are among the rarest and most valuable silver certificates in history with examples in pristine condition selling for thousands - even millions - of dollars!

Now, the rich history of the large-size silver certificate is told in this set of silver-plated AMERICAN MINT EXCLUSIVE ingot reproductions of the 1878 and 1880 series silver certificates. Minted to the highest quality "Proof" standard, each ingot is meticulously reproduced from the original silver certificate and is plated entirely in .999 pure silver.