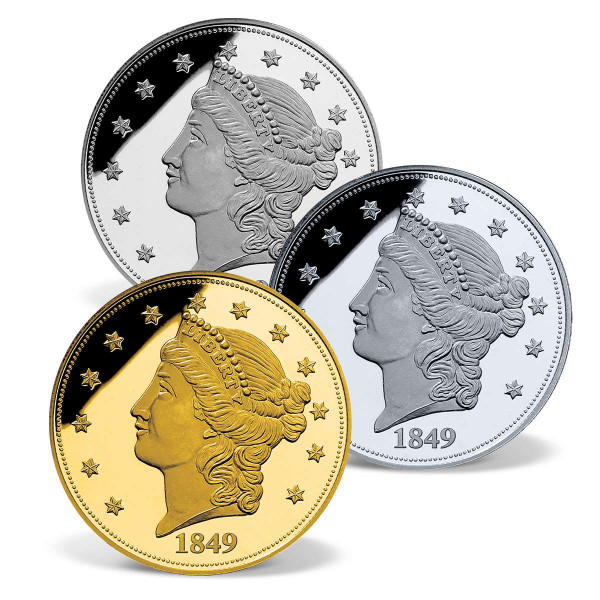 In 1849, as gold began to flow from the mines in California, Congress approved the creation of a new $20-denomination gold coin. Known as a Gold Double Eagle, as it was twice the value of the $10 gold Eagle, the coin would become a symbol of wealth, instantly bringing respect and admiration to the holder. Internationally, the coin served as a powerful reminder of the emergence of the United States as a world power.

Designed by the Mint's Chief Engraver, James B. Longacre, two Gold Double Eagles were struck as pattern coins in 1849. One of the coins was safely stored away and theother was presented as a gift - only to disappear and never be seen again. The surviving coin was moved to the Smithsonian Institution where it will remain - protected and preserved - as part of the national archives. Since it can never been sold, the only existing 1849 Liberty Head Gold Double Eagle is considered priceless, but some experts have estimated its value at between $10 and $20 million!