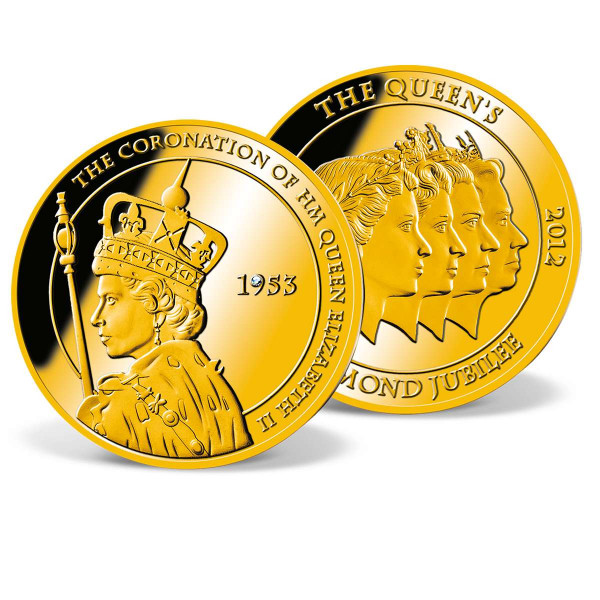 Queen Elizabeth II was born Princess Elizabeth Alexandra Mary on April 21, 1926, in London, England. Her father Prince Albert was second in line to the throne, but when his elder brother Edward VIII abdicated the throne in 1936, Prince Albert unexpectedly became King George VI. Elizabeth thus became the next in line to the throne of the entire British Empire. The young Elizabeth showed her regal presence with a radio broadcast comforting and reassuring all of England's children during World War II. Towards the end of the war in 1945, Elizabeth even joined the Women's Royal Auxiliary Territorial Service, where she served as a driver and mechanic. In 1947, she married Prince Philip of Greece and Denmark. Elizabeth gave birth to their first child, Charles, in 1948.

In 1952, KingGeorge VI died and Elizabeth became the monarch. On June 2, 1953, Queen Elizabeth II was officially coronated the royal sovereign of the United Kingdom. In Westminster Abbey, where English kings and queens have been crowned for over 900 years, she stood beside her husband Prince Philip as the Archbishop of Canterbury gloriously presented "Queen Elizabeth, your undoubted Queen." In jubilation, thepeople responded with shouts of "God Save Queen Elizabeth." The ceremony was a spectacle unlike any the world had ever seen.

On September 9, 2015, Queen Elizabeth II surpassed Queen Victoria's record reign of 63 years and 216 days, making her the longest reigning monarch in Great Britain's history. On June 2, 2018, the Queen celebrated her unprecedented 65th year on the throne.

Despite turning more than 90 years old, Queen Elizabeth II shows no sign of slowing down and expresses no thoughts of retirement. Even though she has cut back on public engagements in recent years, she is in good health and retains her sharp mind, providing the U.K. - and the world - with an inspirational source of strength.

This official coin has been specially minted by the presitigious British firm Windsor Mint and is available in the U.S. exclusively through American Mint. It is layered entirely in 24k gold and inlaid with a genuine white topaz.