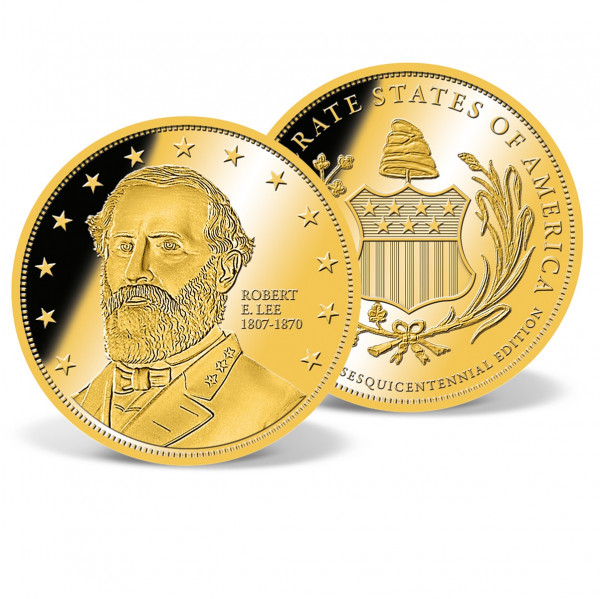 Over 150 years ago - with our nation divided over issues of slavery states' rights, and economic survival - the southern states seceded from the Union toform the Confederate States of America. Likeso many Americans caught in the middle, Robert E. Lee, a respected Colonel in the Union Army, was forced to choose between his nation and his state. Driven by duty and guided by honor, Lee declined command of the Union Army and sided with his home state of Virginia. He soon rose to the rank of General and was given command over the Army and Navy of Virginia. His dazzling military maneuvers brought about many victories for the outmanned Confederate Army before succumbing to Union forces at Appomattox in 1865.

Robert E. Lee was a man of great personal character and he devoted the restof his life to setting an example of conduct for thousands of ex-Confederates. He urged Southerners to hold no animosity toward the North and to raise their children as Americans. His efforts, both during and after the war, earned him the respect and admiration of the entire nation.

Meticulously designed by American Mint - in conjunction with The National Civil War Museum - for the Sesquicentennial of the Civil War, this exquisite coin is layered in 24k gold. Minted to the highest quality "Proof" standard, it features a highly detailed portrait of Confederate General Robert E. Lee on the obverse.