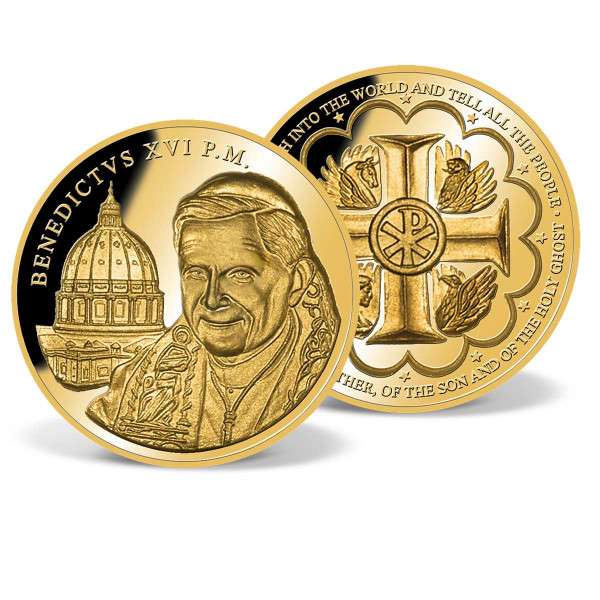 "Habemus Papam - We have a Pope." On Tuesday, April 19, 2005, millions around the world heard these words on the day of Cardinal Joseph Ratzinger's election. He chose the pontifical name Benedict in honor of Pope Benedict XV, who reigned as Pope from 1914-1922. Ratzinger, who had been a close confidant of his predecessor, Pope John Paul II, was the oldest Pope to be elected since Pope ClementXII. On 2.11.2013 the pope resigned.

Carefully designed, reduced, and minted in Germany to the highest quality standards, this coin features a handsome likeness of the Pope on its obverse. It is in brilliant uncirculated condition and therefore comes in a protective coin capsule. Don't miss this exclusive opportunity.