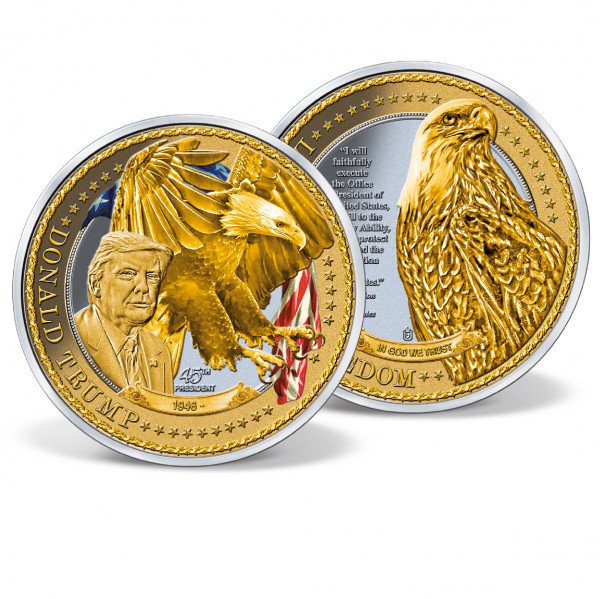 Celebrate Trump's Legacy as a Leader of Freedom Available exclusively from American Mint, the Donald Trump - Leaders of Freedom Colossal Coin celebrates President Trump's enduring legacy. Layered in brilliant 24k gold this colossal tribute features a highly detailed engraving of Donald Trump alongside a fierce Bald Eagle. An American flag in the background is accented in colorful red, white, and blue. Minted to the highest quality "Proof" standard, this stunning 70 mm coin deserves a central position in any collection.

Order Your Donald Trump - Leaders of Freedom Colossal Coin Today! We're offering this one-of-a-kind Donald Trump coin for sale at a deeply discounted online price. You'll also get free shipping and handling if your order totals at least $150, as well as the opportunity to payin interest-free installments if you spend more than $100. Place your order today!