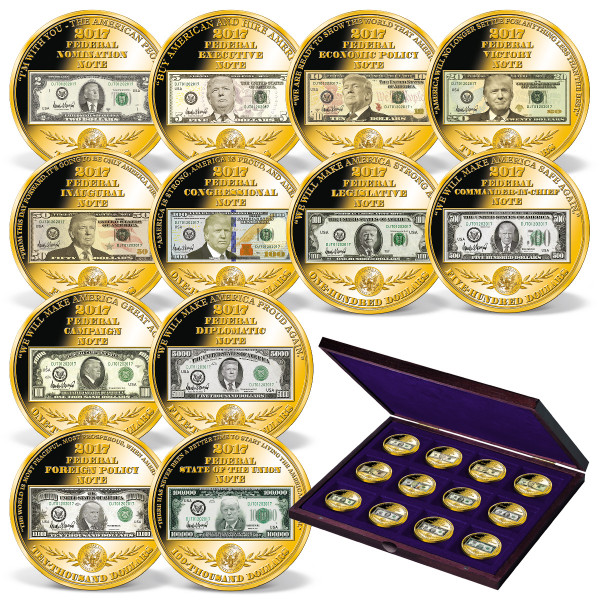 See Donald Trump on These Brand New Banknotes Available exclusively from American Mint, this stunning new collection is our artists' rendering of what American money would look like with President Trump on the bills. Each ofthese 24k gold-layered coins features a full color representation of a U.S. banknote featuring Trump's portrait. Minted to the highest quality "Proof" standard, this stunning 12-piece set comes packaged in a custom wooden collector's box and makes a great addition to any collection.

Order Your Donald Trump Banknote Tributes Set Today! We're offering this one-of-a-kind Donald Trump Banknote Tributes Set for sale at a deeply discounted online price. You'll also get free shipping and handling if your order totals at least $150, as well as the opportunity to pay in interest-free installments if you spend more than $100. Place your order today!