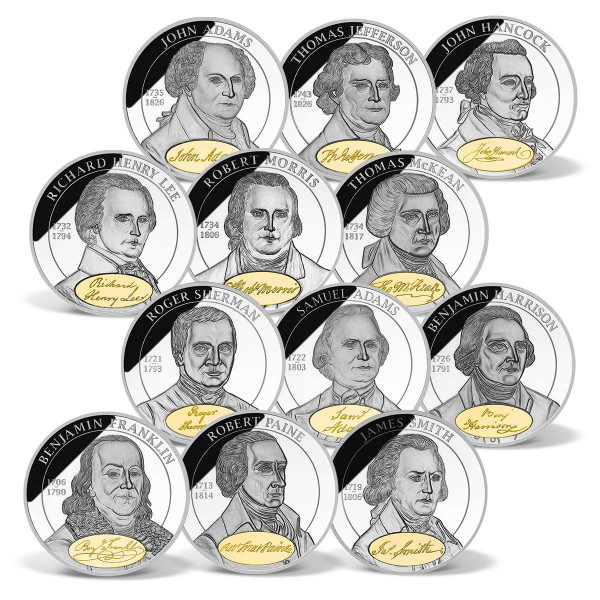 Price $959.00 * $249.00
Total: $249.00
You save $710.00
Tweet
Share
Description
Description
The summer of 1776 was a defining time for the British colonies in America. Unfair taxation and... more
Close menu
Declaration of Independence Commemorative Coin Set

The summer of 1776 was a defining time for the British colonies in America. Unfair taxation and intolerable acts of oppression at the hand of the English monarch, King George III, had lit the fuseof revolution. On June 7, the Continental Congress convened at what is now known as Independence Hall in Philadelphia and selected a committee to draft the most important document in American history:the Declaration of Independence. The committee of John Adams, Benjamin Franklin, Thomas Jefferson, Robert R. Livingston, and Roger Sherman chose Jefferson to write the document because he was considered the most eloquent writer.

Jefferson began his work in seclusion on June 11, 1776, and presented the document to the Continental Congress on July 2. On July 4, 1776, the Declaration of Independence was ratified. With bold strokes of a quill pen, the signers announced to the world that the colonies were now free and independent states. The United States of America was born.