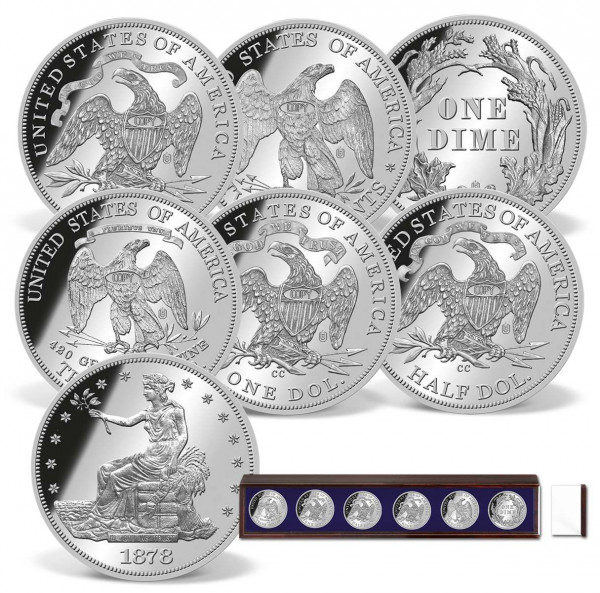 From 1870 until 1893, the U.S. Mint operated a minting facility in Carson City, Nevada, to quickly monetize the massive amounts of silver coming out the Comstock Lode silver mines. During its shortperiod of operation, the Carson City Mint produced both silver and gold coins bearing the mint mark "CC". Since Carson City was the smallest U.S. Mint facility - with only one small press - the totalproduction of "CC" coins was very limited. Best know for its silver coins, Carson City minted coins in numerous denominations, including the once maligned but now treasured Trade Dollar.

Inits inaugural year of production, the Carson City Mint struck more than 50,000 half dollars and 11,000 silver dollars. Since these popular pieces were widely circulated throughout the frontiers of the Wild West, the majority of them have been lost or melted down over time. With only a few hundred known to exist today, high- quality grades of these early dates can be hard to come by and are potentially worth hundreds of thousands of dollars. Today, the few "CC" coins that survived the last 150+ years are among the most prestigious, highly coveted, and most expensive of all rare American coins.