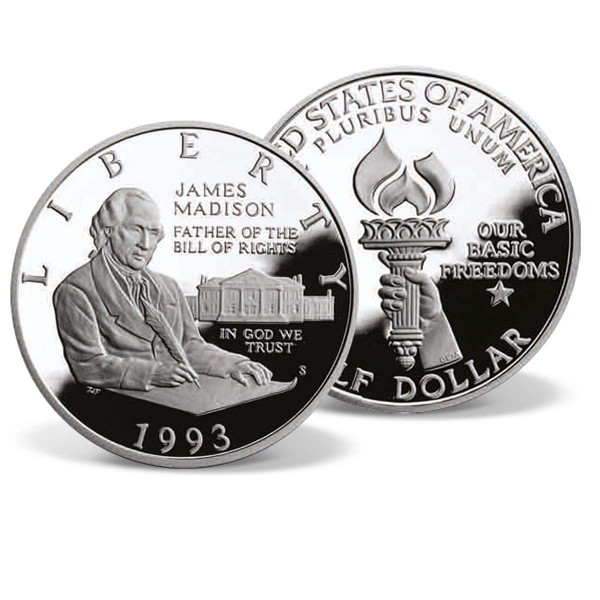 Includes a free preview of future issues in the collection Birth of our Nation. For more information, please refer to the Satisfaction Guarantee tab below. If you do not wish to preview future issues in the collection, you may purchase the single item using the 'Individual Item Only' tab at right.
Total: $49.95
Total: $49.95
Tweet
Share
Description Satisfaction Guarantee
Description
Introduced by James Madison during the Philadelphia Convention, the Bill of Rights makes up the... more
Close menu
1993 Bill of Rights Silver Half Dollar

Introduced by James Madison during the Philadelphia Convention, the Bill of Rights makes up the first ten amendments of the U.S. Constitution. These ten amendments call for the guarantee of personal liberties such as freedom of speech and religion, a person's right to due process, as well as dictating which legal issues would be handled by State and Federal governments. Today, the Bill of Rights continues to serve as the bedrock America's democracy.

In 1993, the U.S. Government honored James Madison -- Fourth President of the United States and author of the Bills of Rights -- witha special commemorative half dollar. Minted in .900 pure silver, this coin was only produced for one year and has become a highly coveted coin among collectors for its historical subject matter, itslimited production run, and its high silver content.