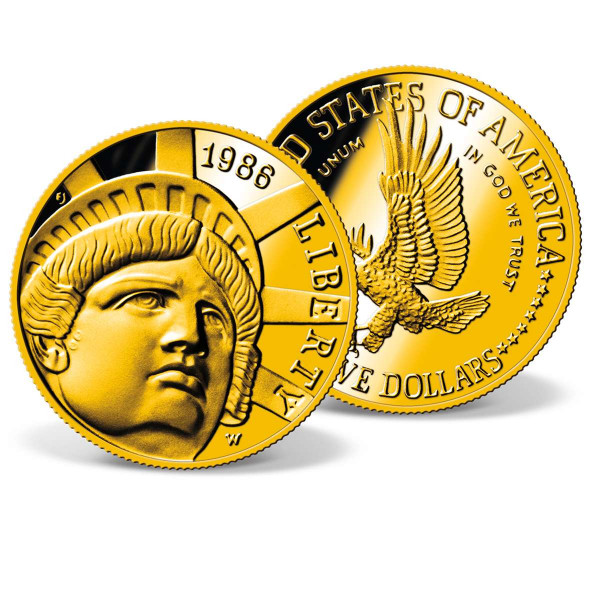 In 1986, the U.S. Mint began issuing five-dollar commemorative gold coins to honor many of the people, places, and events that have helped shape this great nation. These beautiful gold coins have been designed by some of America's most gifted artists. Because of their high gold content, historical appeal and limited production, many of the commemorative coins issued by the U.S. Mint have becomehighly coveted collector items.

The first of these historic coins was the Statue of Liberty 100th Anniversary Coin issued in 1986. Struck in .900 solid gold, this remarkable coin was designed by Elizabeth Jones and features a detailed image of Lady Liberty. Part of the original purchase price of each coin sold was used to restore the Statue and Ellis Island, and to create an endowment for the future maintenance of this national monument. It was produced for just one year with a strict limitation of only 500,000 coins. By law it can never be produced again!

Today, most of these solid gold coins are in private collections and have become increasingly hard to find. With its patriotic subject, historical significance, and high gold content, the 1986 $5 Statue of Liberty 100th Anniversary Gold Coin is a treasure every numismatist would like have in their collection.