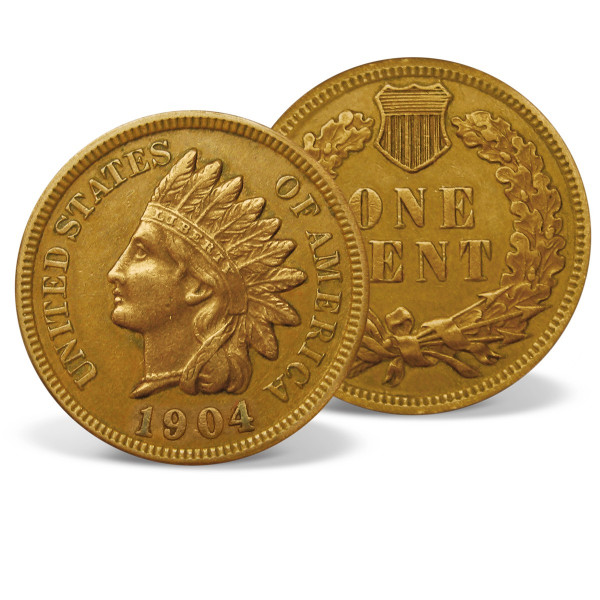 America's first one-cent coins were called Large Cents and were produced from 1793 until 1856. Even though they were official coins, they were not minted in gold or silver, therefore tax collectors and shopkeepers were not bound by law to accept them. In 1856, the law was changed and a new penny that was legal tender for all debts was created using a copper-nickel alloy. The new Flying Eagle Penny was designed by the U.S. Mint's Chief Engraver, James B. Longacre. Unfortunately, it was difficult to strike and, in 1858, Longacre had to redesign the penny. This time, he replaced the eagle with a youthful Lady Liberty wearing an Indian headdress with the word LIBERTY on the band. According to legend, Longacre used his own daughter, Sarah, as the model for the Indian Head Penny.

The chaos of the Civil War led to a serious metal shortage and hoarding, so the Mint changed the composition of the penny from copper-nickel to bronze. The new"Type 3" Indian Head Penny was introduced in 1864 and it would remain unchanged for the rest of its historic run. In 1909, the penny was redesigned in honor of the 100th Anniversary of Abraham Lincoln's birth.